Muscles of Iron (MOI) promotes bodybuilding as it was practiced during the Golden-Age of Physical Culture. This classic period began roughly at the start of the 20th century and lasted until about the mid 1950s. It was a period when the lifting world was drug-free and enriched with training programs that built real strength and functional muscle .

The Golden Age produced many mighty and powerful lifters. We're talking about great champions such as Doug Hepburn, Reg Park, and Steve Stanko, to name just a few. How did they train? How did they build so much muscle, strength, and power—without any modern day conveniences and trappings? You will discover the answers to these questions and many more right here at MOI. 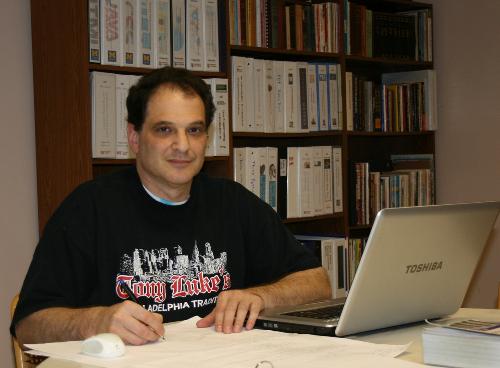 Hi, I'm Robert Drucker. I grew up in Louisville, Kentucky (USA) and got my start in weight training at the age of 13. My early training was greatly influenced by Ralph Cameron, a local "old-time" lifter.

Mr. Cameron became my first mentor, and he taught me a great deal about how the champs from the golden era trained to build strength and health. Over the years, I have also been extensively influenced by Arthur Jones, Mike Mentzer, Brooks Kubik, and countless other leaders of the Iron Game.

Professionally, I am a web software developer and engineer, and currently I reside with my family in Charleston, South Carolina.

I always like to hear from fellow lifters and strength enthusiasts. You can reach me via email at [email protected] Thank you for your correspondence.